Chiari malformation (CM) is a condition where brain tissue extends into the spinal canal. It causes structural defects in the base of the skull and cerebellum. The cerebellum controls voluntary movements such as standing, walking, balance, coordination, eye movements, and speech. Typically, the cerebellum and parts of the brain stem sit above the opening in the skull which allows the spinal cord to pass through it. This opening is called the foramen magnum. When a part of the cerebellum extends below the foramen magnum and into the upper spinal canal, it is referred to as Chiari Malformation. Symptoms include headache, balance problems, and troubles with vision and swallowing. In most patients, symptoms can be managed with medications, but sometimes surgery is needed. 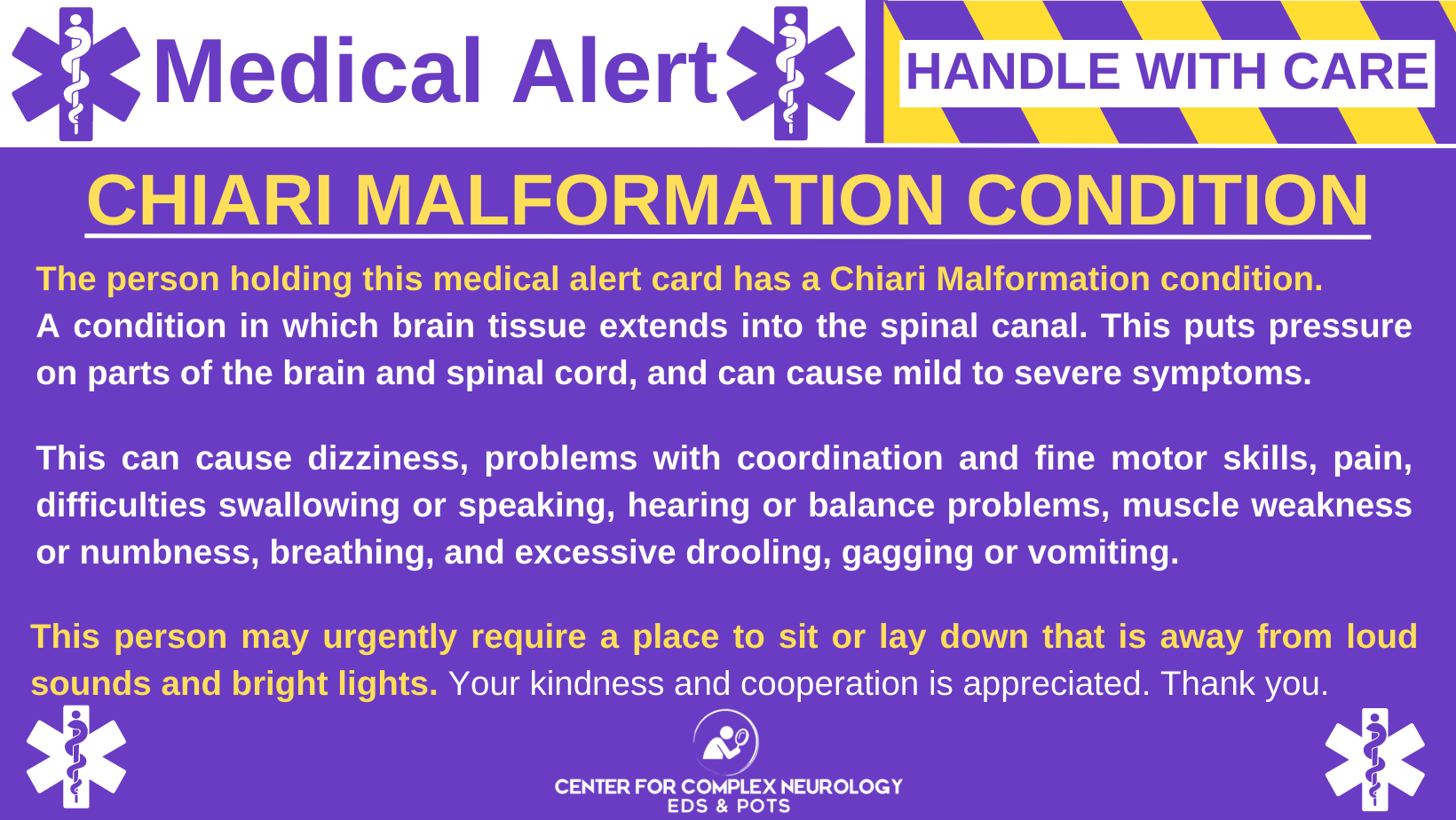 © Copyrights by CENTER FOR COMPLEX NEUROLOGY | 2022